I swear to God, you can look it up. Nobody really seems to know the definition of happiness. You can google the word up in any dictionary and they will all give you a different definition and explanation. For something so important, you’d think we’d give the concept more thought. Heck, the “pursuit of happiness” is even engrained in the American constitution, although recent studies indicate that happiness is not something that you can chase like a pet rabbit.

The Inuit and Dene peoples of the far north, wrongly labelled as Eskimos by those of us who live further south, evidently have 17 words for snow. Well, maybe it’s 13. But for people who live in the cold for half the year, snow is an important word. Evidently there are many different types of snow. Personally, I’ve heard of powder snow, sleet, hail and corn mush, but I am not a skier. Also, I digress. It’s happiness, not sleet, for which we are looking.

On your behalf, as your best friend, I have undertaken a random search for the definition of happiness, and of course the first dodge we encounter is not a definition but a list of synonyms. Dictionaries, like lawyers, like to hide behind a wall of words. Here is a short list for you to consider: Which word do you personally equate to happiness? Joy, exhilaration, bliss, contentment, delight, enjoyment, satisfaction, light-heartedness, well-being, exhilaration, glee, rapture, euphoria, jubilation, exuberance, joviality, or delight? And on it goes.

Let’s check out the dictionary definition of some of these synonyms. Bliss? Most sites say “a state of perfect happiness, oblivious to everything else.” Sounds a bit like jaywalking in downtown traffic, doesn’t it? All you need is a cellphone. Happiness, obviously, simply cannot be just about self, can it? There must be more. Obliviousness is the opposite of conscious awareness, which most philosophers insist is a prerequisite for any state of happiness. Let’s move on.

Contentment? The best definition I find is “hypothetically a mental or emotional state of satisfaction from being at ease in one’s body and mind.” Colloquially speaking, contentment could then be said as “a state of having accepted one’s situation.” So, if you are locked up in prison for the rest of your life, you have accepted your situation. This appears to be a very difficult goal for anyone to achieve, thereby attracting frustration, which is no component of happiness.

In her 2007 book The How of Happiness, positive psychology researcher Sonja Lyubomirsky elaborates, describing happiness as “the experience of joy, contentment, or positive well-being, combined with a sense that one’s life is good, meaningful, and worthwhile.”

Meaningful? Now we are getting somewhere. One can’t be happy unless one’s life is useful, does some good, and has some meaning to you or others. Being a nurse is meaningful. Robbing banks is not. You can steal the money, but money doesn’t buy happiness either. Having money may provide security, but in his book The Geography of Bliss, reporter Eric Weiner clearly states that having a meaningful role in society is definitely on the short list of necessities. One can be elderly and poor, but being a grandparent gives life meaning.

In that excellent and very humorous, Weiner travels the world to study the happiest countries and one unhappy country. (Yes, there are many surveys done to study such things as happy countries. They include factors like life expectancy and per capita income, as if living to 110 will make you happy, or being rich will do the same.) In summation he finds there are four key factors that determine if the culture in which you live will make you happy. You must have good health, belong to something bigger than self, like family or organization, have a meaningful role in society, and enough support (food, money, etc) on which to live. Everything else is surplus. 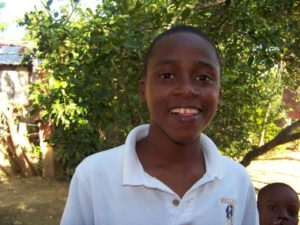 Weiner describes a visit to Thailand, the so-called “Land of Smiles.” The friend where he stays employs a cleaning lady. She lives at the end of the alley in a shack where she supports six children. She is very poor, yet always singing and dancing while she mops the floors. Finally Weiner gets up the nerve to ask here why she is so happy. She replies: “You think too much.”

The World Happiness Report states there are six key factors affecting their surveys. They are GDP per capita, healthy years of life expectancy, social support (as measured by having someone to count on in times of trouble), trust (as measured by a perceived absence of corruption in government and business), perceived freedom to make life decisions, and generosity (as measured by recent donations, adjusted for differences in income). Two of those, of course, have everything to do with money. Personally, I really have to wonder what in the world “domestic product” has to do with joy, bliss or contentment.

I once had the opportunity to interview a monk in Nepal, one of the poorest countries in the world, how the Nepalese managed to stay happy in the face of poverty, earthquakes, a civil war, and so on. He replied that he had given the matter much thought over many years. The chief source of happiness in the United States, he said, was freedom. It was possible, certainly in the instance of President Obama, for any person to rise as far in society as they had the means to do so. Nepal, on the other hand, represented no such opportunity. There was little opportunity for advancement, so few people had much ambition. They were poor, but they were content because there was no option. Contentment, it appears, is a strange creature that wears many faces.

Every year the United Nations releases its own report on happy countries, using the six factors mentioned above. Since those factors seem to include a lot to do with money, like per capita income, the list is skewed towards northern democracies. The Top Ten List includes Switzerland, Iceland, Denmark, Norway, Canada, Finland, the Netherlands,

Sweden and New Zealand. (The United States, on this list, comes in at a dismal 15th, although many surveys have it pegged much lower. Too much gunfire to feel the joy.)

Cambodia, which I have visited many times and has some of the kindest people I have ever met, comes in at a sad 145th. It doesn’t pay to be poor. Bhutan, where the state constitution emphasizes “Gross National Happiness” rather than GDP comes in well down the track. Not enough money to keep the bean counters happy, I suppose. GDP walks softly and carries a big stick.

Back to the list. Joy? The folks at Merriam Webster define it as the emotion evoked by well being, success, or good fortune or by the prospect of possessing what one desires. Sorry, I don’t buy that at all. The “prospect of possessing what one desires” is heartily rebuked by wise men, like Buddhist philosophers who explain that desire in itself is a great source of pain and unhappiness. Fortune? That’s just luck. Luck can be good or bad. You won’t attain much joy in your life if you depend on luck.

At the Free Dictionary, joy is described as deep feeling or condition of happiness or contentment. Really, what kind of definition is that? Joy and contentment are obviously opposites. Joy is a short intense emotion, like ecstasy, whereas contentment is long lasting condition of lower intensity, somewhat like bliss but not so zoned out.

What do religions have to say on the matter? Over at the Bible Dictioanry, joy is described in the usual King James style, with mentions of a wide range of events that might bring on the emotion. Hence: “In the Old Testament, joy covers a wide range of human experiences from sexual love to marriage, the birth of children, the gathering of the harvest, military victory, and drinking wine (Psalm 104.15). On the spiritual level it refers to the extreme happiness with which the believer contemplates salvation and the bliss of the afterlife.”

I don’t know about you, but I don’t find any joy in military victories, the contemplation of salvation, or the afterlife. I can understand the drinking of wine effect, but that situation brings about a different sort of emotion the next morning that can never be defined as joy. As for the gathering of the harvest….

Glee? The Free Dictionary describes the definition as “a part song scored for three or more usually male and unaccompanied voices that was popular in the 1700s.” Maybe that’s why this dictionary is free. You get what you pay for. Vocabulary.com has an interesting perspective. “Anything that makes you full of joy, so happy you could laugh out loud, fills you with glee.” Witnessing some of the things people laugh at, I dunno. Humour is a topic of great complexity. Psychologists explain that laughter is often a release from nervous tension, as you discover that the joke is not on you.

The happiness of travel 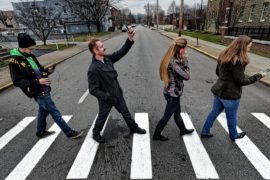