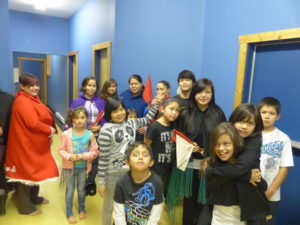 In the Tsimshian language of the First Nations people of the Pacific Northwest, Wai wah means “just do it!” That expression exemplifies the spirit of the Write to Read Project, a literacy initiative for Indigenous children living in remote communities around the province. Originally started by former Lt. Governor Steven Point, an aboriginal judge, the project sees books, computers and Internet access established on participating reserves by bringing or building libraries and Learning Centres that connect them to the outside world. Now the project is the centre of a new documentary called Wai wah that explains its history and how other communities could replicate its methods. 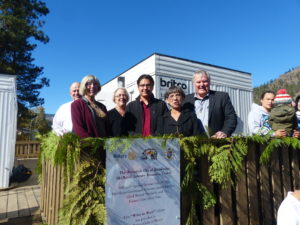 The 30-minute documentary shows that First Nations people are vastly over-represented in Canadian prisons and that money would be far better spent on learning and literacy than incarceration. The all-volunteer project started by the Lt. Governor bringing books to schools, followed up by the ensuing Lt. Governor Judith Guichon taking up the cause. The film illustrates how remote from the modern urban world many First Nations reserves really are, and how difficult it has been for children to access books. It’s a “road trip” showing the varied geography of the province, showing how modular buildings were delivered by truck and barge to the coast and the interior, and now how the project has expanded to almost two dozen communities with many more First Nations showing interest.

Indigenous author, lawyer and business leader Calvin Helin sums up the philosophy after the final episode in the village of Lax Kw’alaams. “What makes knowledge valuable is using that knowledge to help other people. That’s really what wisdom is. Wisdom is when you take knowledge and apply it in a way that helps other people.” The Write to Read Project shows that literacy is the first step towards acquiring knowledge, the first step on a road that leads to wisdom. Look for a link to the Wai Wah video located on the Home Page of this website or log on to the Youtube version at the URL below. 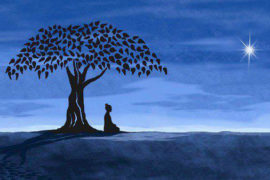 The Transformation of Integral Culture

DEMOGRAPHICS: WHO ARE THE TRANSFORMATIVES? 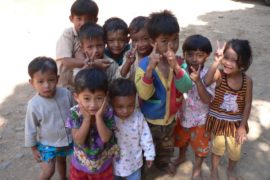 Are you experienced or transformed by your travels?