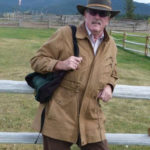 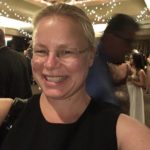 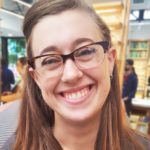 Michael McCarthy has been traveling all his life, starting with hitchhiking as a teenager and hopping freight trains like his childhood hero Jack Kerouac. These days he is more likely to be found at airports on his way to adventures in Asia, Oceania, the Caribbean and wild places in North or South America. He is the author of two novels and several outdoors books. Michael previously worked as a radio news reporter and editor, and a freelance features writer for newspapers and magazines. Hundreds of his travel articles have been published in dozens of newspapers and magazines. His short stories have appeared in several travel anthologies and in his own books. He produces videos and documentary films of many of his trips.

Michael’s philosophy is simple: “All of life is a journey. You don’t need to be on an airplane to Botswana to enjoy an adventure. It’s just a state of mind.” His real interest is not tourism, but to learn and teach “transformative travel” which he defines as “making the world a better place on your journey through life.” Michael has enjoyed over 300 trips to over 40 countries over 50 years of constant travel. His wild adventures are the stuff of legend. Visit the Video Gallery section of this website to see many of his video clips and documentaries.

* Trekking over the Himalayas in the midst of a civil war in Nepal to find and rescue abandoned children living in the world’s highest inhabited villages, bringing them to schools and teaching them to return home and save the last vestige of pure Tibetan culture left on Earth. https://youtu.be/hGfxrTIgs10

* Riding with ChildSafe in the dark streets of Phnom Penh, Cambodia to find and expose sex predators buying street children for exploitation. (see Adventures in Cambodia)

* Exploring the Great Bear Rainforest of northern British Columbia to find and meet the almost mythical spirit bear, the rarest creature on the planet. https://youtu.be/C-7nD_j-1qs

* Riding a cargo ship among the fabled Marquesa Islands of the South Pacific to learn about headhunters, cannibalism and ancient Polynesian cultures. (Feature documentary coming)

* Riding through the canyons of the Navajo regions of the 4 Corners region of the American Southwest to discover what happened to the desert dwellers who once lived in this parched environment.

* Sneaking into the dungeon known as San Quentin Prison (California) disguised as a film crew worker to observe and write about “rehabilitation programs versus punishment and the death penalty.”

* Bringing gifts to Haitian refugees in the barrios of the northern Dominican Republic.

* Visiting the abandoned fishing outports of Labrador and riding small boats among the icebergs of Newfoundland to learn about a lost way of life on the high seas.

* Exploring the vast wilderness regions of the Cariboo and Chilcotin regions of central British Columbia where cowboys and Indians still live and work as hunters and wranglers. https://youtu.be/bioHllj_XZk

* Cycling the circumference of Taiwan via bike paths railways to learn how that nation has turned cycling into a national past time and improved national health. (See Around Taiwan by bike and train)

* Rafting down rivers in the Guilin region of southern China

* Riding historic trains through the mountains on several continents

* Ascending the “worst road in the world” on Bokor Mountain, Cambodia

Michael’s humanitarian work has taken him around the world to schools, hospitals, orphanages, old folks’ homes, town dumps, prisons, and factories. Wherever possible, Michael works to bring people together for mutual benefit, whether rich or poor, young or old. His efforts to assist people in need often become adventures in themselves. They include:

When not busy traveling, writing stories, making documentaries and short video clips of his “adventures with purpose and meaning” to various remote destinations, Michael lives in Vancouver, Canada with his wife and son. He enjoys hiking the local mountains, playing ice hockey, watching movies, and organizing events that bring people together. Michael was given the Ethics in Action Award by Canadian Businesses for Social Responsibility for his work employing street-involved people across Canada and bringing the issue of homelessness to national attention. He is a volunteer with the Write to Read Project that brings libraries, books and computers to remote aboriginal communities across British Columbia. (http://www.writetoreadbc.com/)